For more than 75 years, Frankston Theatre Group has continuously provided opportunities for involvement in community theatre. This year, its youth arm, under its new name of ACT II, produced a much-loved classic — Charley’s Aunt — in a semi-immersive style. 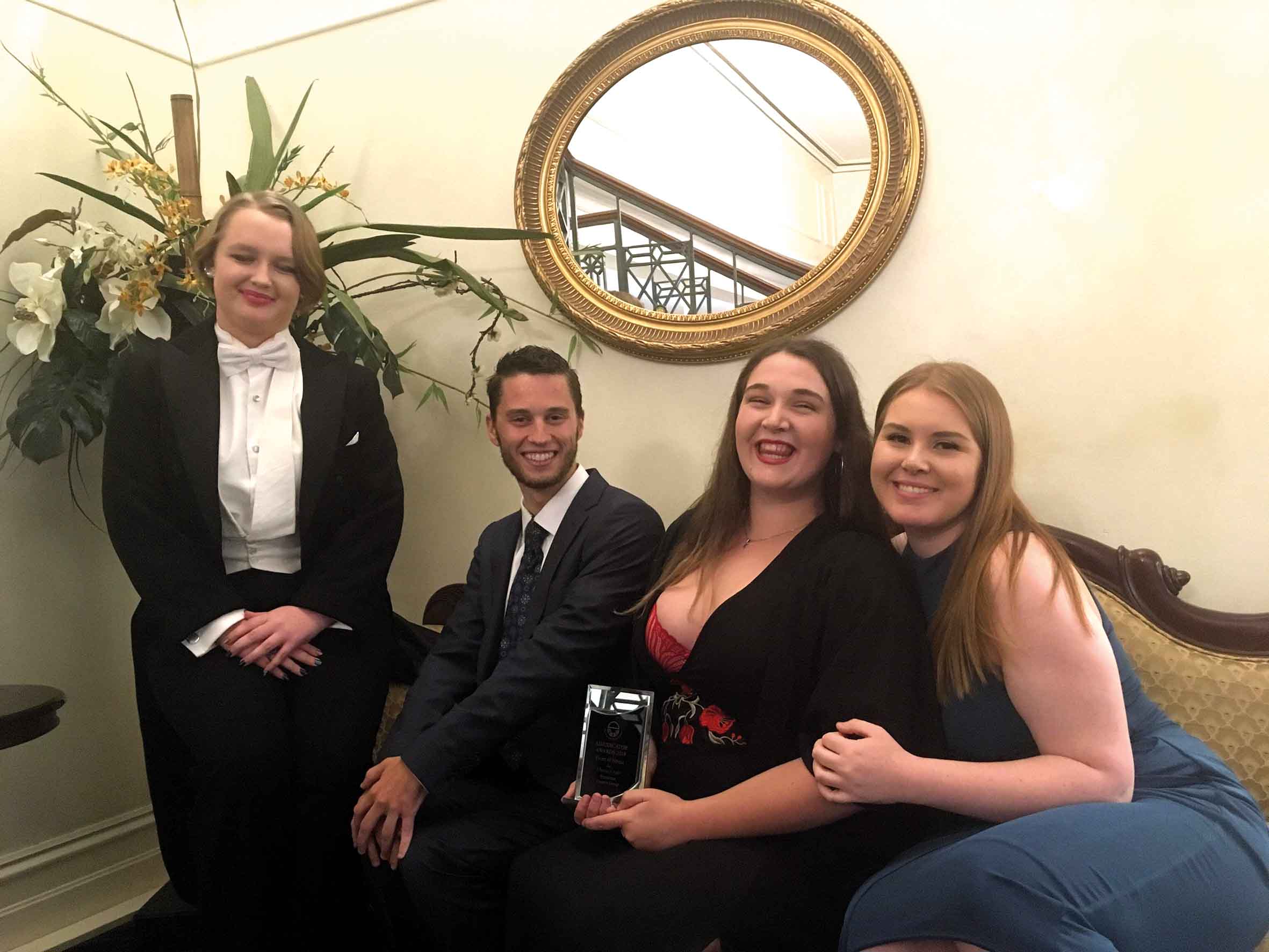 At the recent Victorian Drama League Awards, ACT II’s enthusiasm and creativity were rewarded when it won the award for Best Costume Design and picked up no fewer than two special Adjudicator’s Awards, had cast member Edward Church nominated for Best Support Actor in a Comedy Role for his role as Brassett, and the production itself was nominated for Best Comedy Production overall.  All members of ACT II are aged between 16 and 26, and for some Charley’s Aunt was their first stage experience.

Frankston Theatre Group — both the parent group and ACT II — always publishes auditions and other relevant details on Facebook and welcomes newcomers to both groups.  If you think you’d like to take an audience on a shared voyage through comedy or drama, contact FTG or check out its website.  And remember, there are lots of great community theatre groups. Some specialise in music theatre, some in ancient or classical theatre, but all need creative, enthusiastic people to keep them powering along.