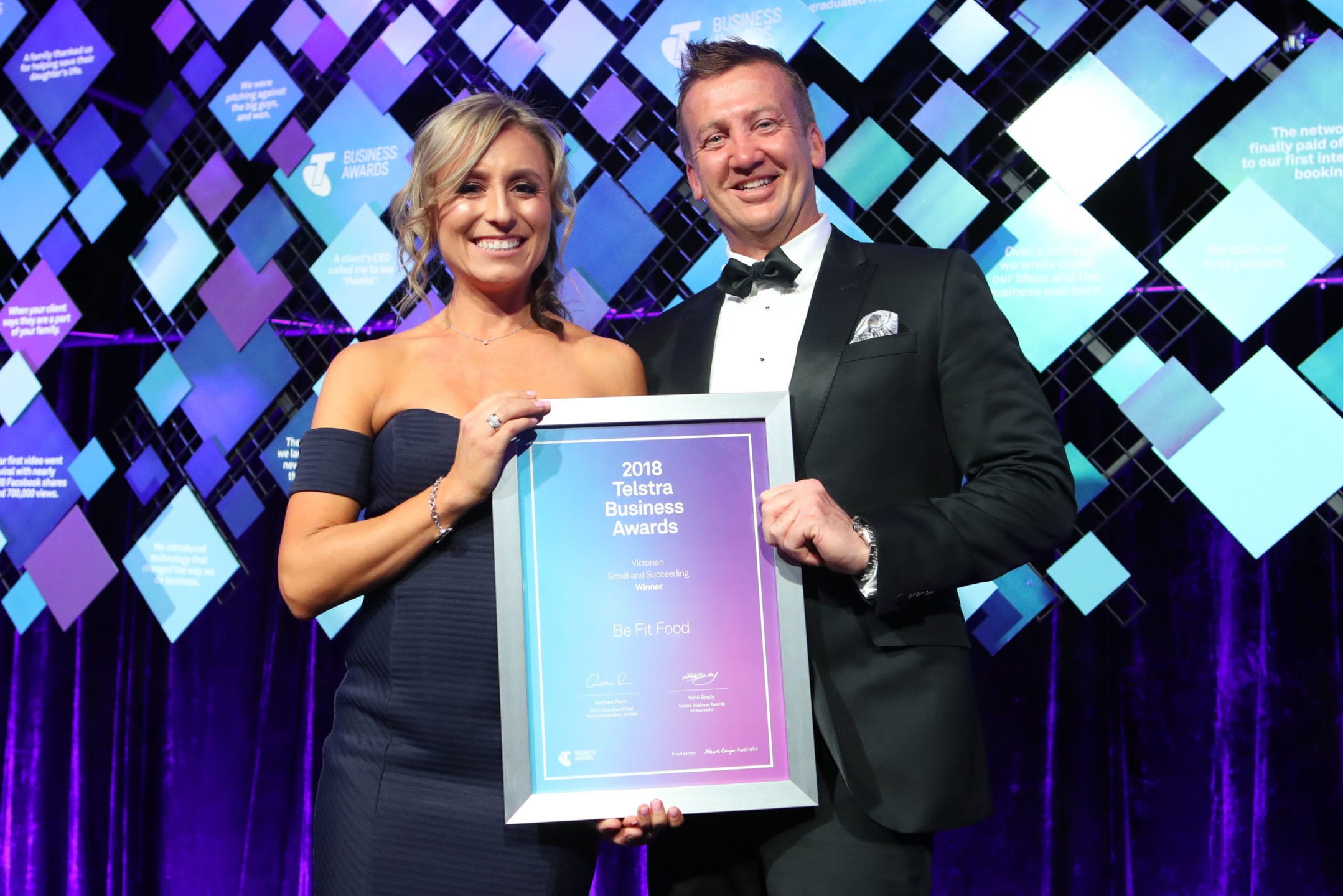 Be Fit Food has become a household name across Australia after appearing on the television show Shark Tank in 2017, which resulted in a $300,000 investment and an overnight increase in sales of 1500 per cent. Selling out for six weeks in advance within two hours of the show airing sent the team into shock. Now this Mornington-based business is making headlines again after being named the 2018 Telstra Victorian Business of the Year.

“We were nominated six months ago and were one of 10,000 submissions. The top 25 were invited to the finals awards night so going to the awards didn’t even sink in,” founder Kate Save told Frankly Frankston Magazine. “We were up against a lot of big companies so we honestly went into the night looking forward to having a good time. Then we took out our category, the Small & Succeeding Award, which we didn’t expect. I thought to myself, ‘This is the epitome of success’. We remained hopeful for the overall category. My heart skipped a beat when they called our name. I didn’t jump up as I thought I’d imagined it.”

Be Fit Food was founded by Kate, a dietitian, exercise physiologist and diabetes educator, and Geoffrey Draper, a bariatric surgeon, as a food-based tool that could remedy chronic disease and enhance long-term health.

“We take the guesswork out of healthy eating by providing Australians with scientifically formulated meals for improving overall health and well-being,” Kate said. “The main goal is to educate Australia that food is medicine and to change our clients’ health. Weight loss is just an added bonus.”

Real food is the answer, and with her busy schedule Kate loves that her family enjoys eating her Be Fit Food meals too. “My kids love the lasagne and the meatballs,” she said.

Keep your fingers crossed for our Peninsula superstars when the National Telstra Awards take place in Melbourne on Thursday, September 20. Join Kate and her team for their 10th Diabetes Walk on Sunday, October 21, in Mount Martha, starting in the carpark behind the shops (where the playground is located). All the money goes towards supporting research into juvenile diabetes.

“The win has finally sunk in and the best bit is that it’s given us a chance to get in front with creditability,” said Kate. “We’ve received greater respect since the awards from other health professionals and the greater public.”