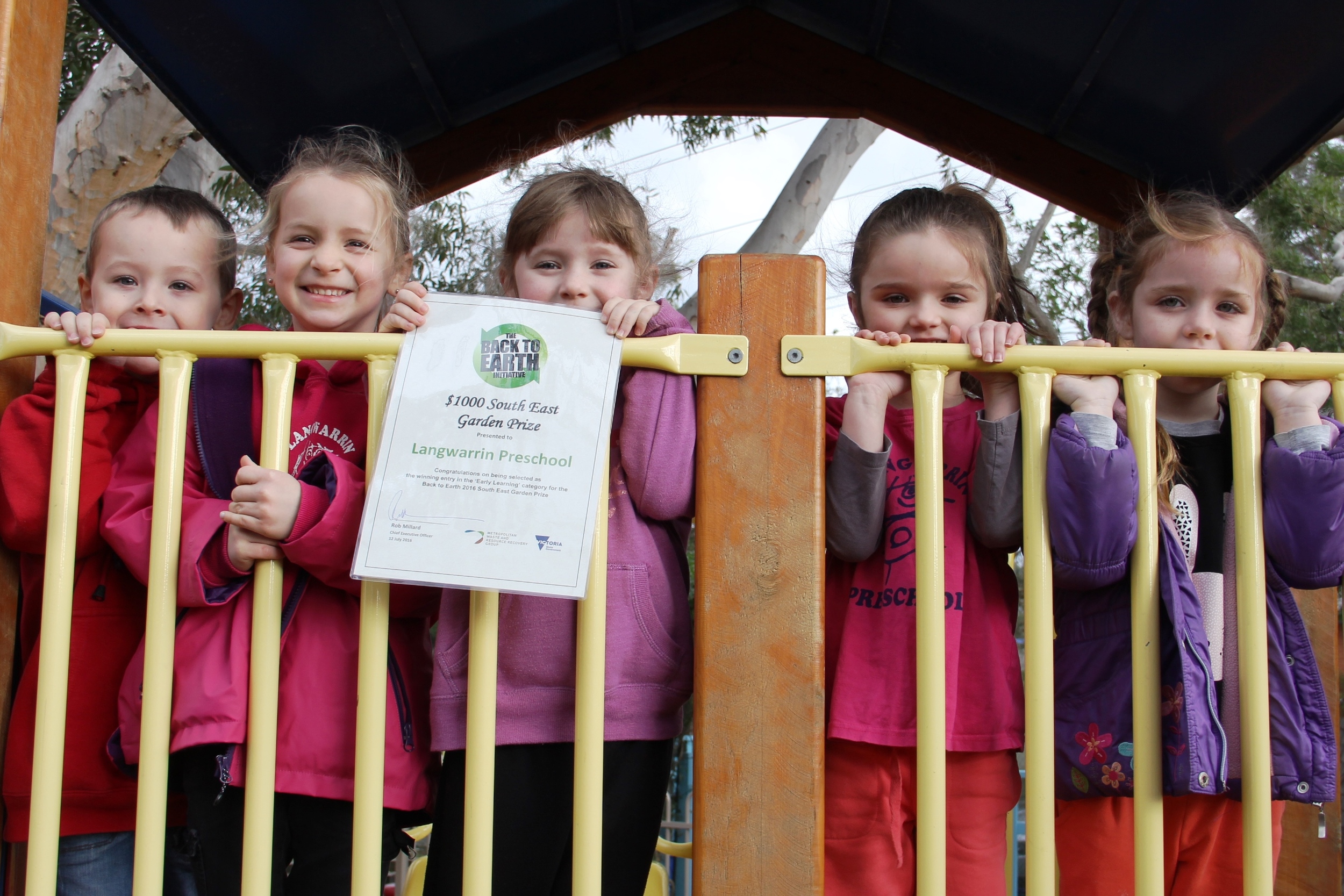 Langwarrin Preschool will soon be upgrading its vegie garden and installing a new rainwater tank after winning the ‘Early Learning’ category of the Back to Earth South East Garden Competition.

The preschool’s ‘Upgrade Vegie Patch’ project won $1000, which teacher Julie Escudero said would be used to re-establish its existing garden.

“We had a vegie patch at the back of the kinder but it wasn’t easily accessible – it was a bit of a mini-excursion to get there ­- and it was hard for the children to watch the plants growing. So we’re making a more purpose-built and accessible garden within the front yard of the kinder, and we’re getting the rainwater tank happening.”

Julie says there’s a real focus on sustainability and recycling at the preschool, with a worm farm that the children love feeding with their food scraps, the enthusiastic use of recycling bins and fun activities such as making their own recycled paper.

The State Government’s Back to Earth initiative aims to reduce the amount of green waste sent to landfill. The Metropolitan Waste and Resource Recovery Group launched the South East Garden Competition across eight municipalities in the southeast as part of the initiative.

Recovery group chief executive Robert Millard says: “By working with schools and preschools through the Back to Earth Initiative, we hope to raise awareness about how the material we put into our green waste bins can become a useful product that nourishes gardens and farms.”

The preschool’s Andrew Lancaster thanked staff and parents for bringing the project to life. “It will be wonderful for our kids to be able to use this resource to its full capacity,” Andrew said.

Meanwhile, the preschool is holding a fundraising trivia night on August 20. Details: 9776 5700.