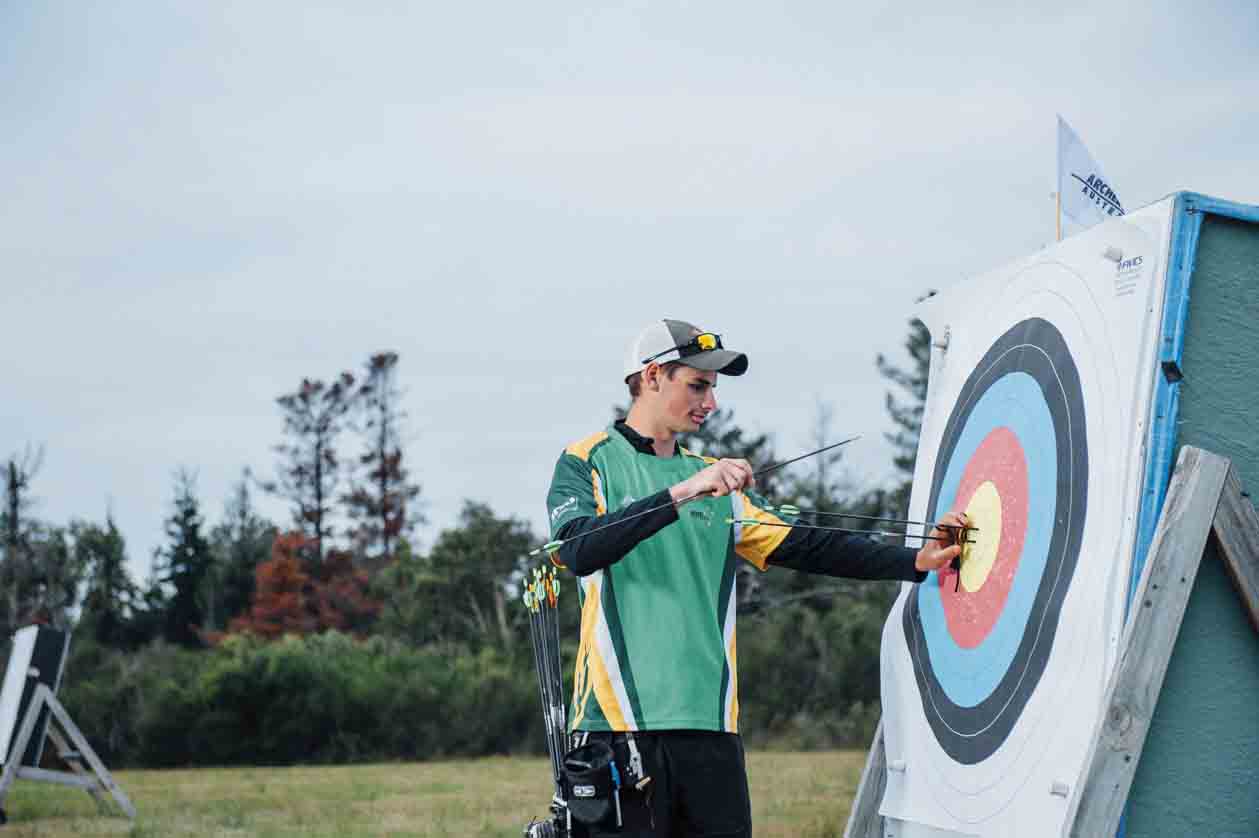 The entire Woodleigh School community have become overnight archery experts after watching Alec Potts (2013) become the first Woodleigh graduate to win an Olympic medal. Alec’s bronze medal in the men’s archery team event at Rio came after he, Ryan Tyack and Taylor Worth outpointed the Chinese team to take the match 6-2.

Staff felt immense pride in watching the young man who, as a senior student, would spend spare periods shooting arrow after arrow at a special ‘range’ built up behind the school’s wildlife reserve.

While he missed out by the narrowest of margins in his individual match against Brazilian Bernardo Oliveira, Alec feels he is shooting as well as he ever has and returns home immensely proud of his Olympic achievements. “I wasn't expecting to go home with a medal at all,” the 20-year-old said. “To come home with a medal, I've done more than what I could ask for.”

His mum, Shona, was justifiably delighted with his efforts. “That's the Woodleigh boy in him – that quiet confidence and belief that you can have a go and aim high, and if you fall it's just another step in the journey, not a stop. That's what Woodleigh has given both our kids.”