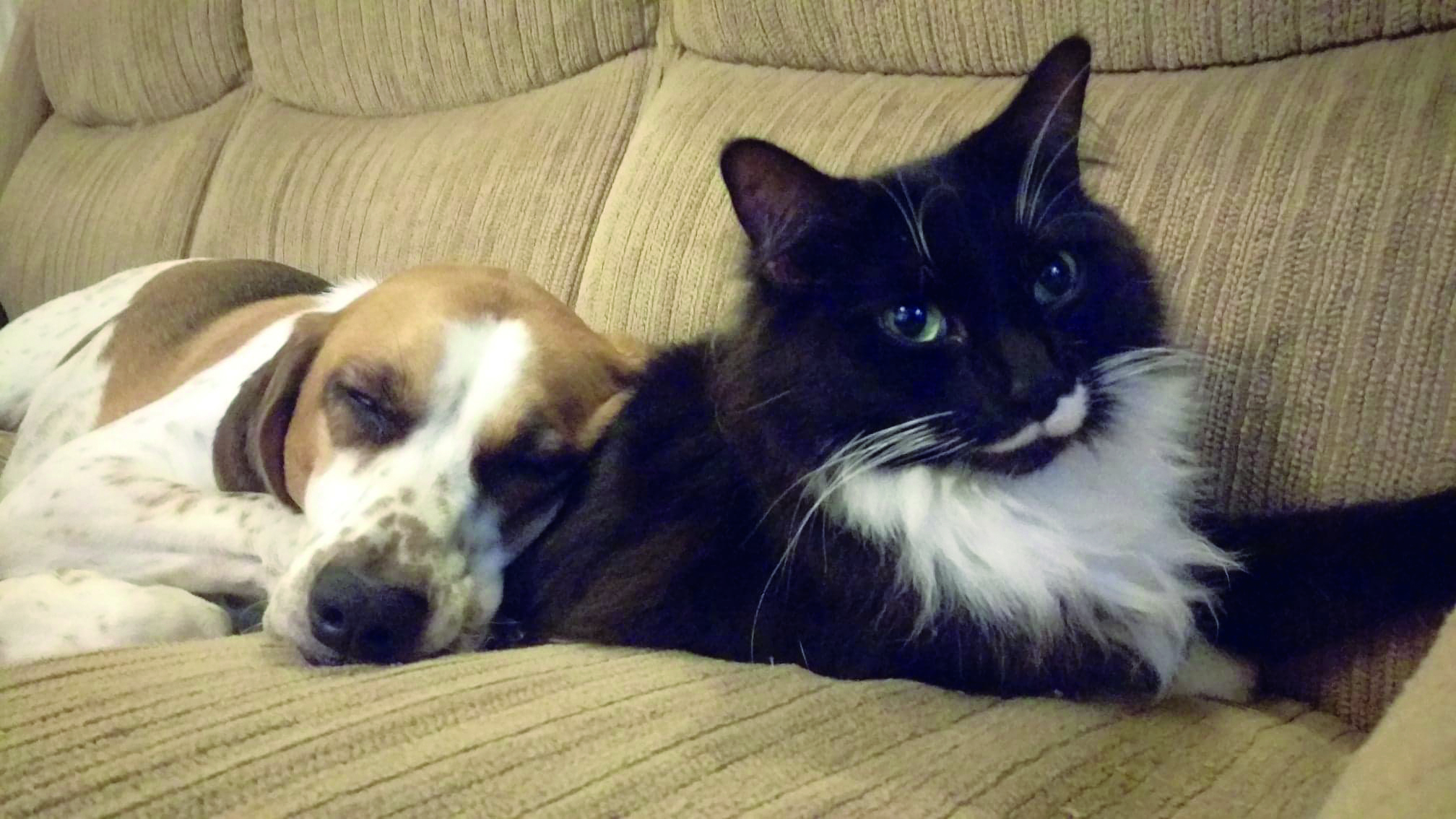 When there’s a café called Two Boys One Beagle and A Coffee Shop, there’s a guarantee that said beagle is a big part of the café. In this case, dear Penelope has been labelled too naughty for the quirky pink café in Frankston.

Miss Penelope is six years old, is not very well behaved and has proved quite hard to be trained. What’s worse is she loves to eat, which has led to her stealing an eye fillet steak off the bench that was earmarked for her parents’ dinner, and on another occasion she stole a whole banana loaf. Now it’s alarmingly clear why she can’t visit the café.

Nelly, as she’s fondly known, is like most pampered pooches in that she thinks she’s a person and is often found sleeping on the couch or bed — but only when she needs a nap after jumping on the furniture and tearing it up.

“She was a very cute puppy and was very boisterous,” said owner Mikaela. “We were told she’d calm down by the age of three, yet she’s still crazy! She’s so full of energy and loves our kids. Our oldest is three years old and enjoys running around the house and pulling her tail.”

You won’t find this little one having play dates because at a young age she was attacked by another dog and she’s been funny around other dogs ever since. Luckily, Wednesday keeps her social calendar full. Wednesday is Mikaela’s nine-year-old cat, and the pair are best friends having grown up together. Penelope loves to play fight with Wednesday; Wednesday, however, does not. He prefers to daydream about his next attempt at escaping — drooling on his owner included — and his perfect day is one spent lazing about with Penelope. What charmed lives!