Long-time volunteer and former Frankston Senior Citizen of the Year Alan Quaife is Impact Volunteering’s 2018 Volunteer of the Year. 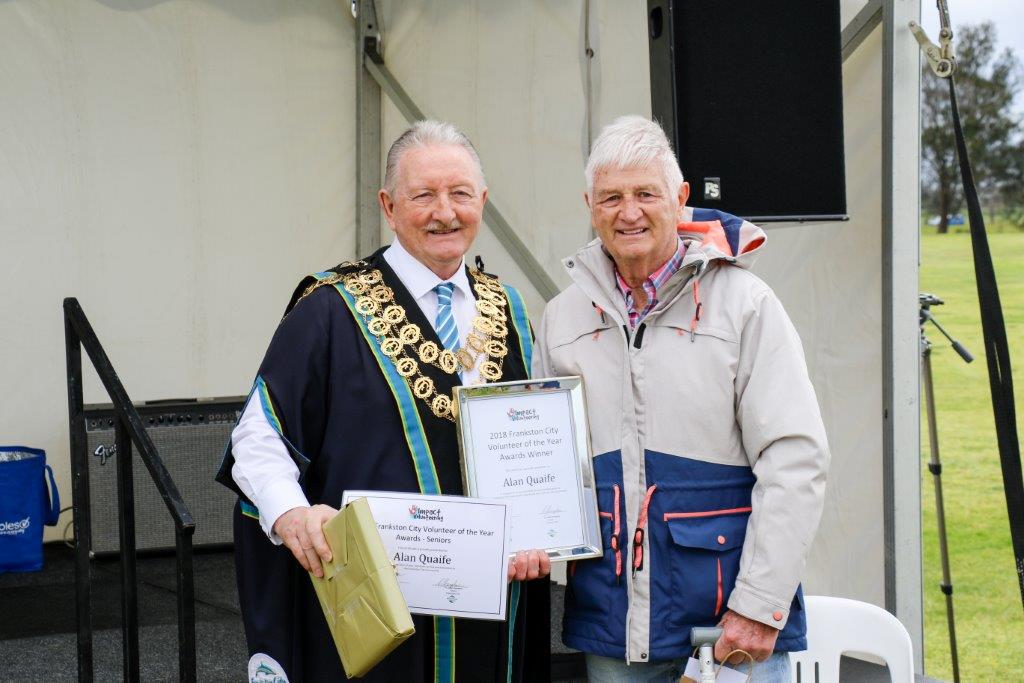 Alan is the coach/manager of Frankston Peninsula Dolphin Sports, a mixed-ability sporting organisation that assists those within the community who may not otherwise have the opportunity to participate within a sports club. “Whether a coach, mentor or friend, there is not one facet of the organisation that Alan hasn’t been involved in over his six-plus years, sharing his passion and commitment with all involved with the sports club,” a Frankston Peninsula Dolphin Sports spokesman said.

The awards celebrate and recognise the valuable contributions that volunteers make in the community, often giving so much of their own time and resources. “Many outstanding nominations were received, making it a close decision,” an Impact Volunteering spokesman said. “We would like to thank all candidates who were nominated and for their great work in the community — you are all stars!”

For more information about the benefits of volunteering in the community, email Impact Volunteering at [email protected] or phone 9770 6492.