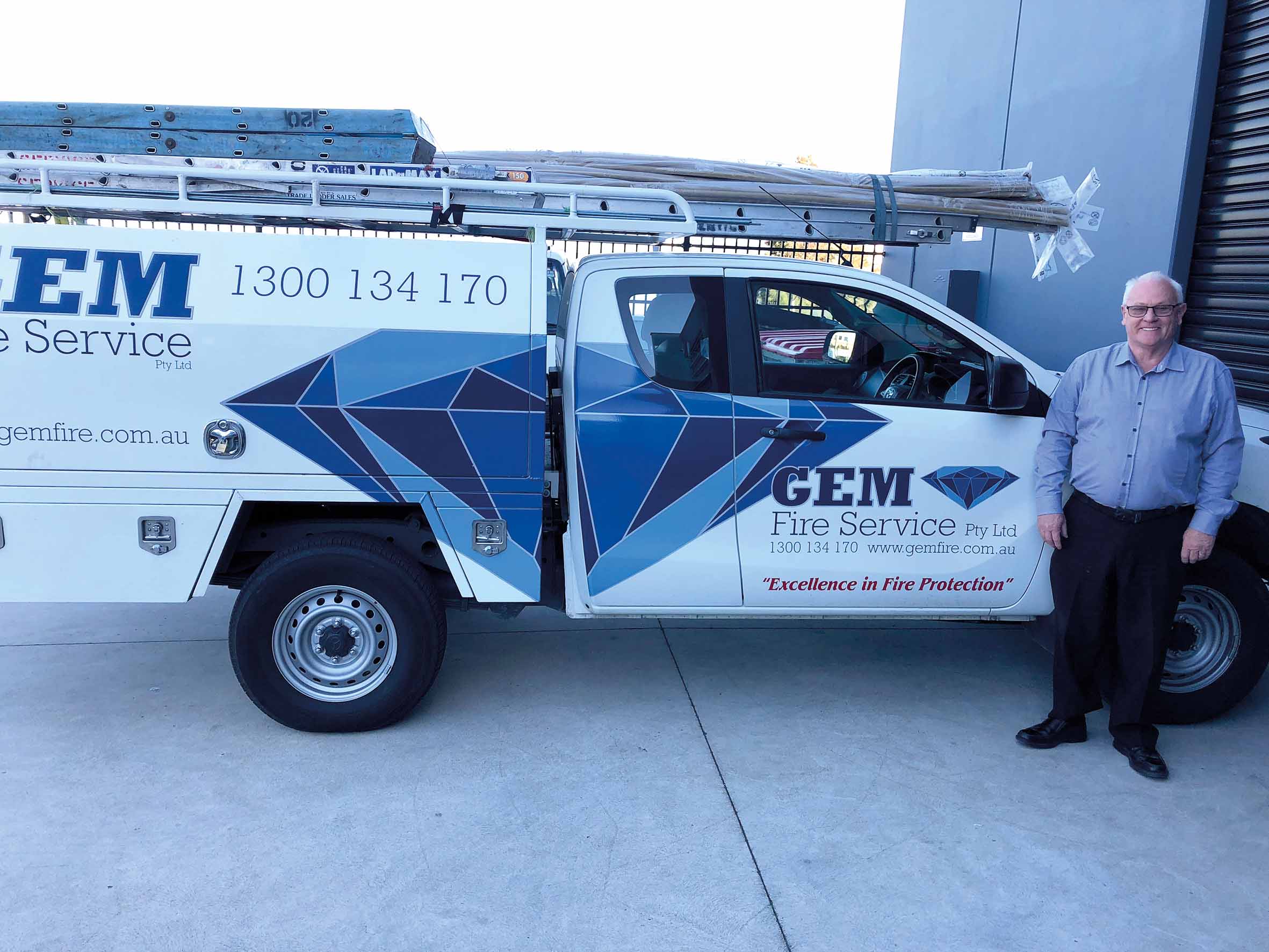 Gem Fire Service managing director Graham Millard is passionate about fire protection. However, his career in the industry started by accident.

Forty-eight years ago in Adelaide, his landlady set up an interview with a fire sprinkler company that was after young guys with an aptitude for mechanics to become trained as sprinkler fitters. To be polite and not embarrass her, Graham went along despite already working for a Holden dealer. Once the interviewer mentioned the pay, however, he was converted.

Graham set about learning as much as he could about the fire prevention industry, gaining 15 years of valuable experience in sprinkler systems, deluge systems, hydrant hose reels, CO2 systems and fire safety at power stations and industrial plants all over Australia.

After this came a desire to provide a higher level of service, and in 1985 Gem Fire Service was born. Graham holds five qualifications and has employed and trained nearly 100 apprentices. A six-week stint at Wormald in 1974 gave Graham a taste of Melbourne and he’s been here ever since, loving life on the Peninsula with his wife, three children, eight grandchildren and one great-grandchild.