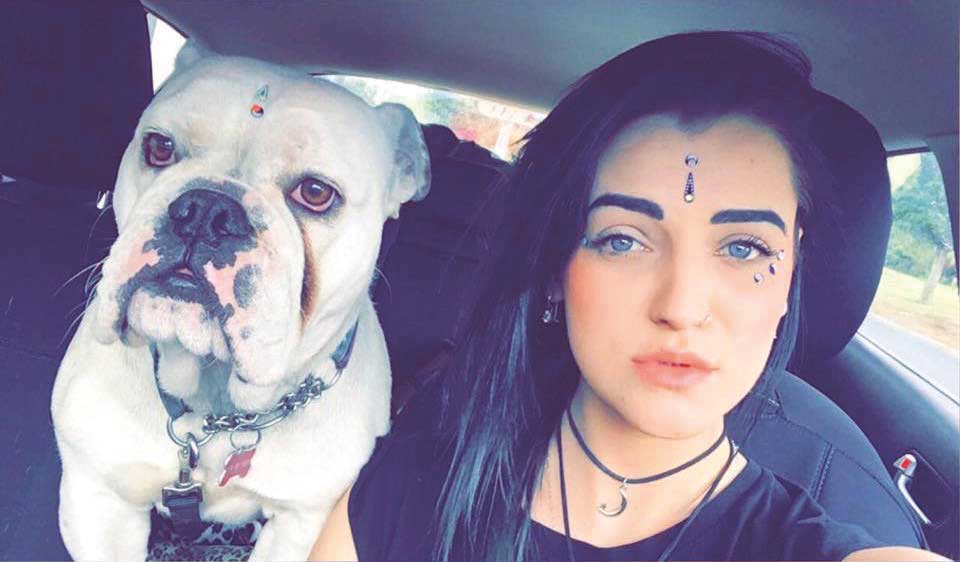 Owner Jess bought the two-year-old Australian bulldog as a puppy from a breeder. A roly poly white lump, she was the fattest of the litter and the only one without spots – but for Jess it was love at first sight.  “No one wanted her, and I just looked at her and thought ‘Why?’ I just knew I had to have her.”

Jess wanted to give her new companion a funny human name, and because the pup’s appearance was so far removed from the singer’s, she settled on Beyoncé.

This Queen B insists on travelling in style. She enjoys sticking her head out of the window so that the breeze is in her fur to achieve on point selfies with Jess. Beyoncé also cleans the windows regularly with her diamond-grade slobber and insists on being chauffeur-driven at all times.

Beyoncé spends about 20 hours of her day sleeping, but when she’s awake she’s ready to woo locals with her big booty. However, exercise is no walk in the park. “I have to wake her up in the morning to take her for walks and she just glares at me,” says Jess. “She then waddles around bung eyed and half asleep.”

Beyoncé, in a very similar fashion to her namesake, loves entertaining.  Jess describes her as cute, funny and friendly, but a bit dumb (it’s truly a description that only a mother could give).

“She stands her ground, gets in the way and just won’t move. Beyoncé thinks that she’s smaller than she is; she is like a mini-bulldozer as her sides bump into things.”

Let’s not forget to mention that she’s a model for Cross Bones Couture, dines on watermelon and has her portrait tattooed on Jess. This doggy diva is going places (when she’s not too busy eating coat hangers).  Beyoncé wakes up Jess with a snore that sounds like a drunk old man, but Jess wouldn’t have her any other way.