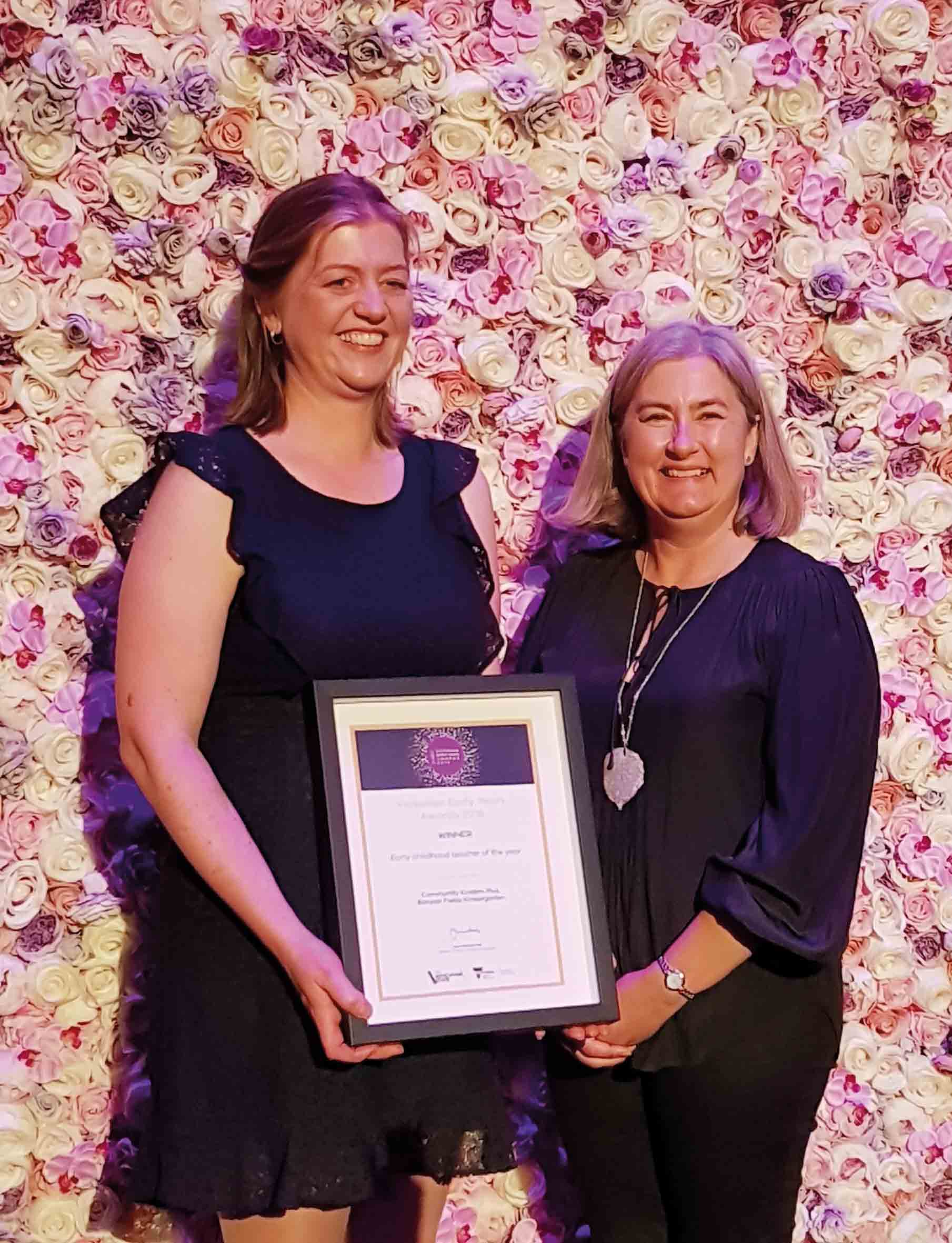 Nicole said she was overwhelmed by her award, which recognised the leadership she has shown in developing a strong relationship with Banyan Fields Primary School to help strengthen the link between kindergarten and primary school to ensure a smooth transition for children and their families. “To be recognised for the work that we’re doing with children and within the local community is a huge achievement,” she said. “The Let’s Chat program has been instrumental in increasing parents’ skills and knowledge around the importance of early reading.”

CKP chief executive officer Jane Spencer, who nominated Nicole for the award, described her as “an exceptional teacher and an inspirational leader”.

This is the third year that a CKP early childhood teacher has won the award.

The Emeritus Professor Collette Tayler Excellence in Educational Leadership Award was in recognition of a project to improve outcomes for disadvantaged and vulnerable children who attend CKP-managed kindergartens.