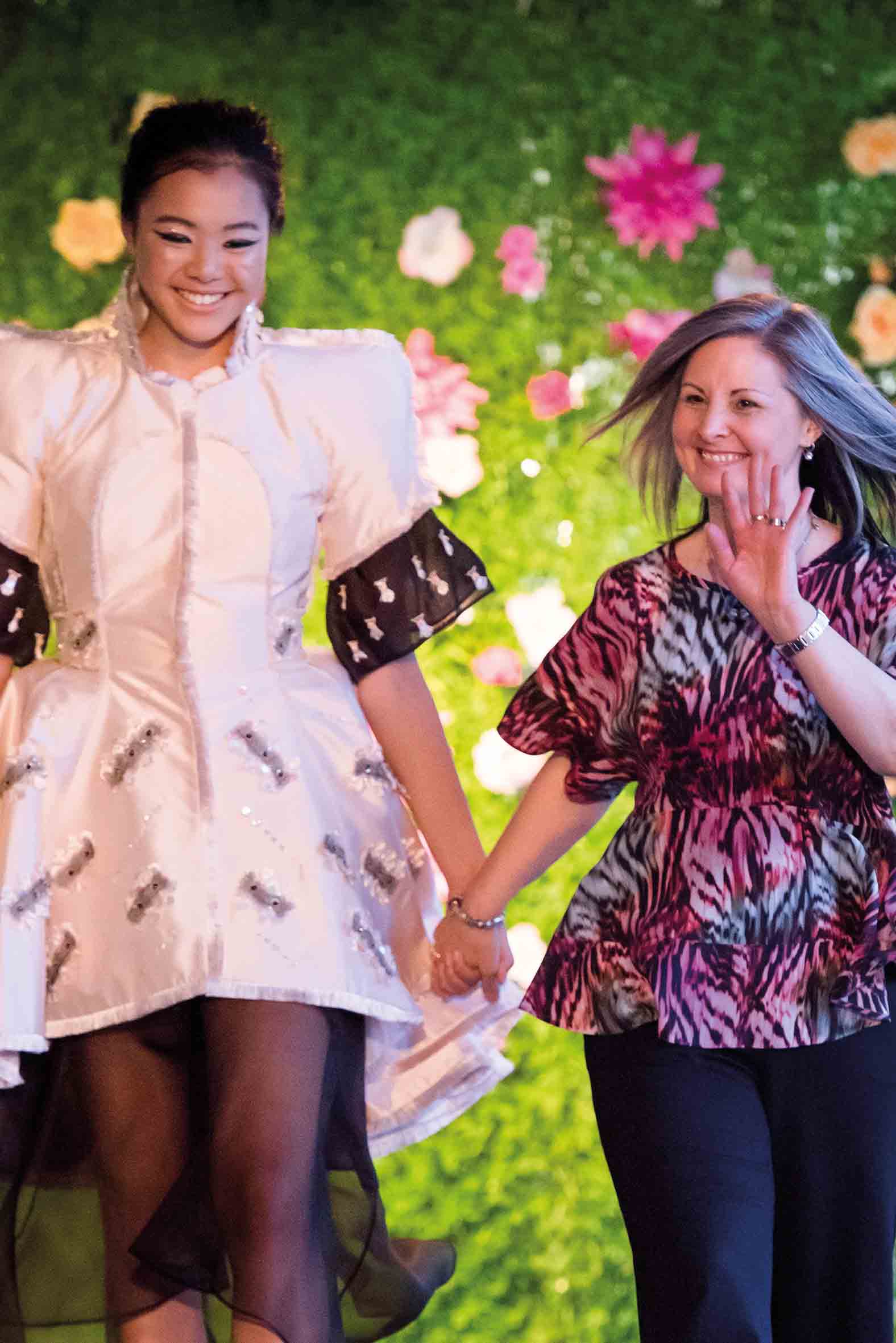 Lorraine Reeves does fashion. At 50 years old, this dedicated student of embellishment, embroidery, detail and texture has come a long way from the young girl sewing outfits for her Barbie in a small South Gippsland town.

Things were different then when she began dressmaking at eight or nine years old. All the other girls wanted to get a job and get married after they finished school, but not Lorraine. She dreamt of becoming an interior designer, and then of making and creating couture, although she didn’t know it was called that then. Chanel. Dior. Balenciaga. Valentino. Ah! These were things worth dreaming about! High school happened and her interest in fashion developed, but support and like-minded fashion enthusiasts were hard to find. Time moved quickly and yes, she did get married, worked in retail — ladies’, men’s and kids’ fashion — and continued to make outfits for herself and friends and family. She also did a TAFE course in pattern-making when she was 26. She explains.

“People would ring me up when they wanted a wedding dress or something special. That’s what it was like in a small town. Everyone knew I could sew. I went back to school as a mature-age student to get more knowledge of the design process. It was also super-stimulating to be surrounded by other creatives who were interested in fashion. I’d never had that before.”

Lorraine has just completed her Advanced Fashion Design - Bachelor of Fashion Technology course at the Melbourne School of Fashion. Getting up at 6am, driving to Seaford from Mount Martha and arriving home about 8pm. “I only had to do the fashion component of the course because I had so much previous experience, but the workload was big. It’s a three-year degree. I couldn’t have completed it without my husband, Andrew. He’s been fantastic. I was the oldest in the class but found my life experience gave me more focus. I really wanted to be there. I stopped working part-time in my final year so I could really concentrate.”

Which was a smart move because she got selected to show a student capsule collection last September at Fashion Week. She continues. “My collection was called Rendition and was inspired by the classics. I love working on one-off garments. They were timeless pieces that were heavily embellished. Tassels separated and sewn together, reworked. I love morphing fabric into something else. It showed on the student runway. My label is called Kitty Reeves.”

Entering the world of fashion at any age can be challenging, but that doesn’t seem to bother this Mornington Peninsula designer. When we spoke she was getting set to be part of Fashions on the Field at Flemington Racecourse after supplying a look book and being chosen as one of the 10 finalists. “All the fashion institutes were invited and I got chosen. We have to design the complete look. Choose accessories, shoes. Unconventional racewear. That’s what I’d call mine. A model named Gabby Kellie will wear my outfit. It has to be ready by November 6. I’d better get to it.”

Yes, you’d better, Lorraine. Life takes twists and turns but one thing’s for sure — it’s never too late to do what you love. Is it?