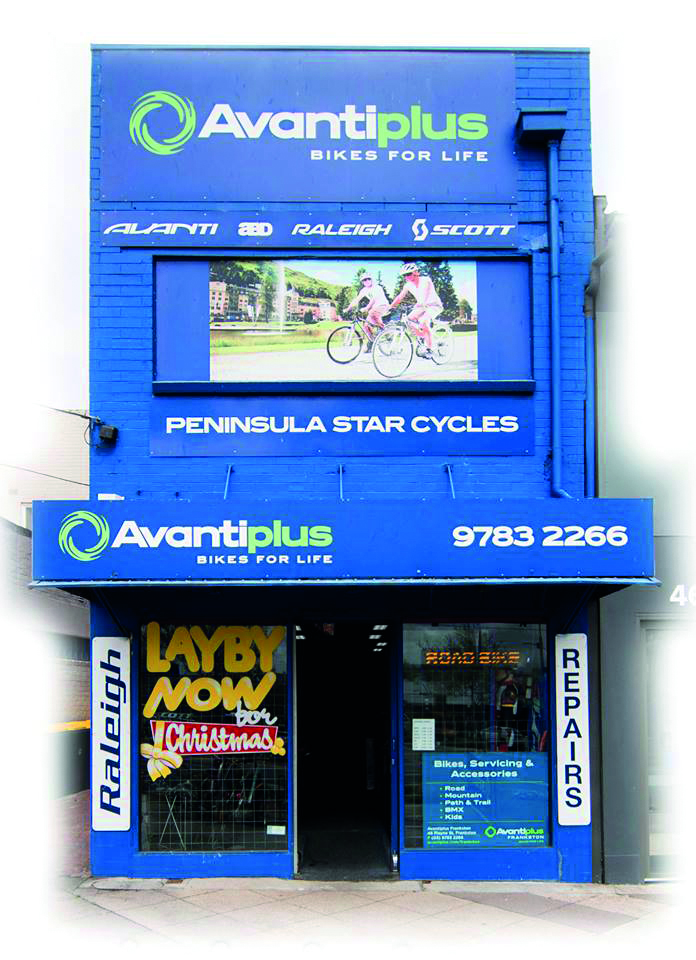 It’s not easy to survive as a small business in today’s tough competitive market, particularly with large department stores expanding their businesses to supply a wider variety of products. But one small Frankston business has withstood the test of time for almost 75 years — Peninsula Star Cycles.

“I think it comes down to good old-fashioned customer service, quality products and workmanship, and having staff who are passionate about our industry,” said store manager John Billing.

Recently John and his staff were thrilled to get a visit from a foundation customer, Don Freak. Originally from Adelaide, Don shared his memories of having not long returned from serving in the Navy during World War II and meeting a Melbourne girl before moving to Frankston to settle down with her. Don’s passion for cycling led him to Peninsula Star Cycles, where he soon found himself on the store’s pro team in the late ‘40s. He explained. “Our track back then was from the cemetery to where the RSL is today. Of course, it was all dirt roads back then. Abe (who founded the store in 1946) would also hire a truck for the team and we'd put a bench seat in the back so we could go with our bikes to compete on the old timber velodrome near the city.”

Since opening in 1946, the store has seen three owners, sold numerous brands and added two floors. “As Frankston and the Peninsula have grown and cycling’s evolved, we too have also had to grow and change to suit,” John said. “Seventy-two years ago, things like electric bikes and LED rechargeable lighting were non-existent. But we haven’t forgotten where we came from and why we have survived all this time, and that is why we are so committed to our customers’ needs.”