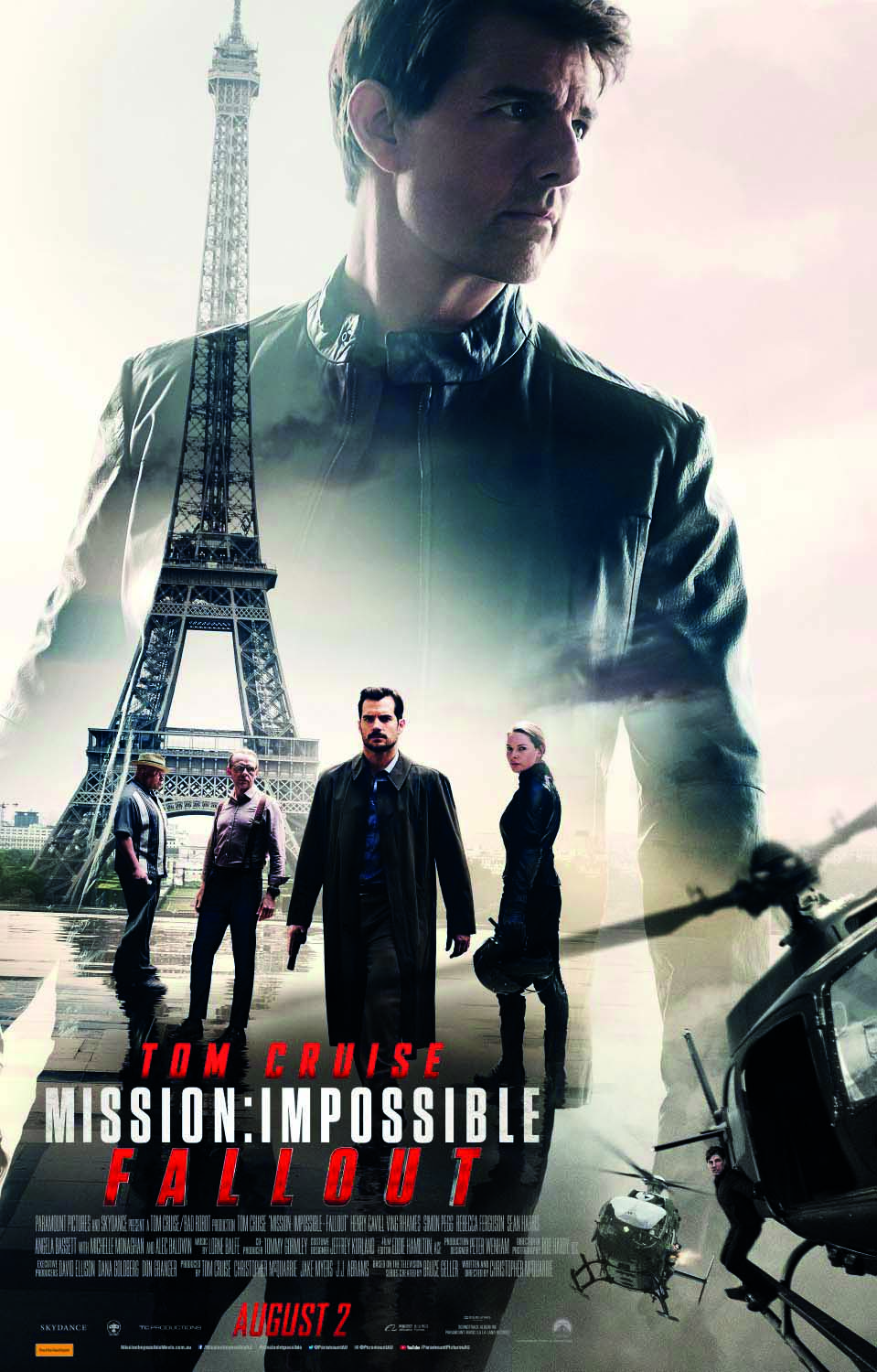 After 22 years, most film franchises have long peaked, leaving their most inspired efforts a distant memory for the majority of cinema-goers. Mission Impossible is a rare exception —six films and only getting better.

Returning director Christopher McQuarrie (The Way of The Gun) commences Fallout directly after the events of 2015’s Rogue Nation. He sets a cracking pace from the get-go, and it never lets up despite the film clocking in at 147 minutes, making it the longest ‘mission’ yet.

Plot-wise, all you need to know is that after a mission goes wrong, Ethan Hunt (Tom Cruise) and his IMF team race against time, joined for this undertaking by CIA agent August Walker (Henry Cavill, who appears to be relishing his time outside of his Superman costume).

Cruise’s insistence on performing his own stunts seriously ups the ante, with viewers being treated to some of the most elaborate set-ups ever seen in the franchise (the last 25 minutes is worth the price of admission alone). If you want to see a man truly suffer for his art, the broken ankle that famously halted production — and cost Paramount Pictures a pretty penny — remains here in the final cut of the film.

That’s the charm of Fallout — it doesn’t try to fix what isn’t broken. What it does do is combine every trick in the franchise’s playbook to deliver the best pure action film in years; experience it on the biggest screen possible.