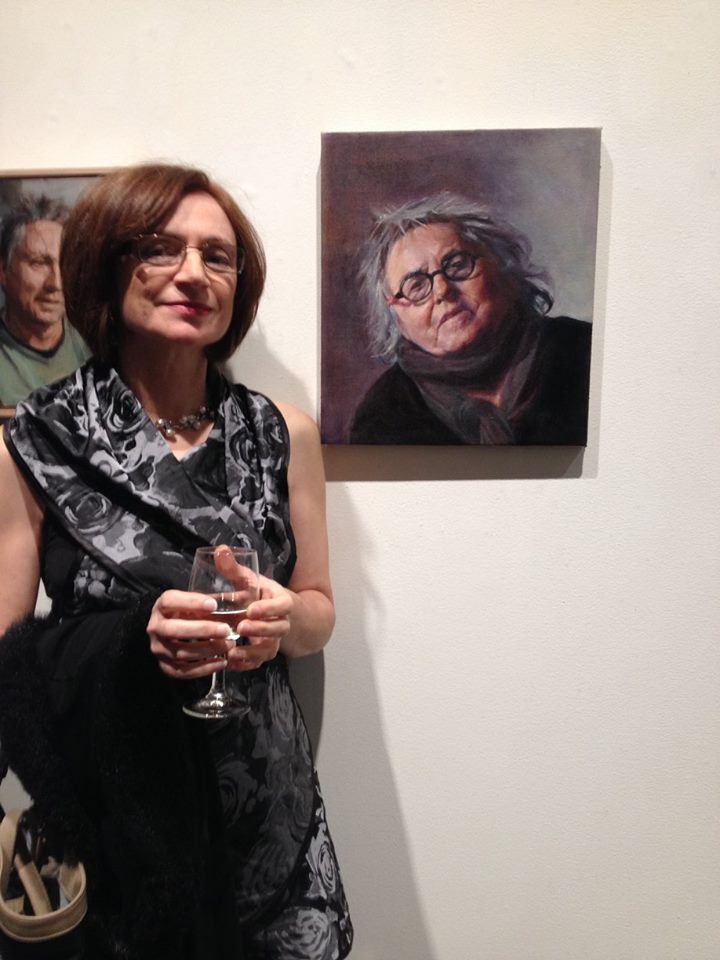 While Hampton East artist Irene Crusca specialises in painting portraits of others, the woman behind the easel is just as fascinating as her subjects.

Where did your love for creating art begin?

It began as a child when I attempted to draw for the first time and my creative parents both encouraged me to do so. My main love quickly became depicting people and I somehow seemed to capture people’s character or spirit.

Where do you draw inspiration from?

My strongest influences are drawn from my Sicilian background, especially my parents, their love of music, and their garden. The villages in Syracuse are rich with community and culture and helped me to fully comprehend the displacement of my migrant parents. This greatly influences my compositions as I incorporate the idea of a fractured identity in my works. I have also been influenced by artists such as Francisco Goya, Rembrandt van Rijn, Giorgio Morandi, Lucien Freud, Clarice Beckett, and Nusra Latif Qureshi — their honest, sad, and sometimes extremely dark portrayals of the human condition have given me permission to express myself in similar ways.

What does the day-to-day life of an artist look like?

Initially, my routine was based on a 9-to-5 model, but I realised that although you can paint all day, there are only a few hours when the best outcomes are realised. I may have only three or four quality painting hours in the day, usually in the morning when I’m recharged and have clarity and maximum energy.

Why do you love where you live and how does it inspire your work?

I’m very privileged to enjoy stability and peace in Australia, which enables inspiration, but my inspiration also derives from an inner place. My sense of place is one which includes my Italian background and so both my physical location and bicultural identity inspire me.